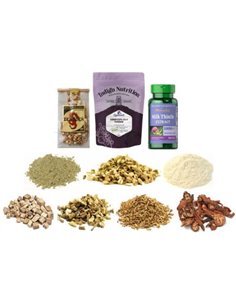 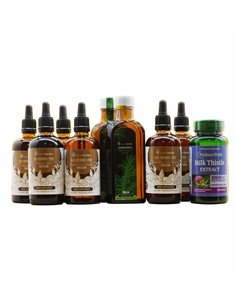 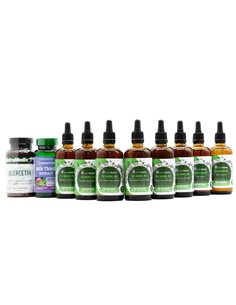 Lymeherbs
TCP64
€162.52
Package according to Buhner’s protocol for Ehrlichia (Anaplasma). 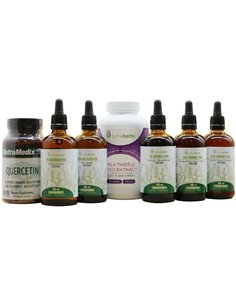 Ehrlichia is a gram-negative intracellular bacterium that usually attacks white blood cells - leukocytes. Diseases caused by them are named after the type of leukocytes they attack. They are: human granulocytic Ehrlichiosis and human monocytic Ehrlichiosis.

Ehrlichia and Anaplasma were classified as co-infections of Lyme disease.

Anaplasma causes symptoms similar to those of Ehrlichia. In addition, it can also cause gastrointestinal symptoms, e.g. diarrhea.

Natural Treatment of Ehrlichia and Anaplasma

Buhner is one of the few herbalists who has described the mechanism of these infections in such depth and developed a herbal protocol for Ehrlichia and Anaplasma.

The natural treatment for Ehrlichia and Anaplasma is taken from the book by Stephen Harrod Buhner, "Natural Treatments for Lyme Coinfections: Anaplasma, Babesia, and Ehrlichia."

Herbal treatment of Ehrlichia and Anaplasma is done in the same way, so both of these infections were included together in the same protocol.

Buhner, as in all of his herbal protocols, points out that purely antimicrobial action is not enough. In his protocol, he takes into account the entire infectious mechanism of these bacteria.

These herbs also inhibit the bacterial-induced cytokine cascade. Inhibition of the cytokine cascade disrupts the infectious process and the acquisition of nutrients from the host cells by bacteria.

Ehrlichia has a negative impact on the functioning of organs such as the spleen, liver, bone marrow and the lymphatic system.

Salvia miltiorrhiza will protect the spleen.

As many as 11 different herbs are included in the natural treatment protocol for Ehrlichia and Anaplasma. It is a very complex protocol. In his protocol, Buhner groups some of these herbs into mixtures, which greatly facilitates the implementation of the protocol.

A similar list of herbal mixtures prepared from herbs suggested by Buhner can be found in the following ready-made tinctures:

Natural treatment with Ehrlichia and Anaplasma herbs will comprehensively affect many infection mechanisms. If you want to use herbs for Ehlichia and Anaplasma, remember to read the full protocol proposed by Buhner, as well as its contraindications.