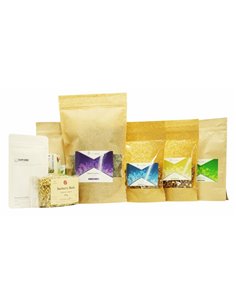 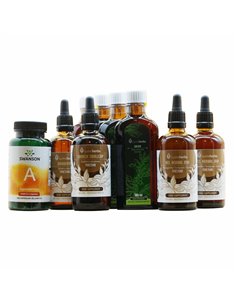 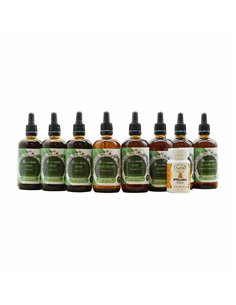 Chlamydia is one of the tick-borne co-infections.

Chlamydia pneumoniae is very important in the differential diagnosis of Lyme disease as it can cause nervous system disorders, myocarditis and reactive arthritis. The extra-pulmonary symptoms of Chlamydia pneumoniae infection over a very long period of time may be latent and are often difficult to recognize.

Chlamydia pneumoniae-induced reactive arthritis is often difficult to distinguish from Lyme arthritis. In the course of Chlamydia pneumoniae infection, attention should also be paid to Guillain-Bare syndrome. Guillain-Barré syndrome is an autoimmune disease that causes acute multi-root demyelinating inflammation, in which the immune system attacks parts of the peripheral nervous system, causing muscle weakness and tingling feelings in various parts of the body.

Moreover, Chlamydia pneumoniae can cause other symptoms, such as: chronic fatigue, burning sensation of various parts of the body, paralysis, strokes, problems with blood pressure, headaches, dementia, mental fog, mental disorders, pain in the testicles.

Many herbs are very effective in fighting Chlamydia. One of the most effective natural methods of treating Chlamydia with herbs is the Buhner protocol for Chlamydia from Stephen Harrod Buhner's book "Natural Healing of Lyme Borreliosis and the Coinfections Chlamydia and Spotted Fever Rickettsiosis ".

The main antibacterial herbs against Chlamydia pneumoniae are plants containing berberine. Such plants are, among others Barberry or Canadian goldenseal (Goldenseal, Latin Hydrastis canadensis). Chinese skullcap (Latin Scutellaria baicalensis) exhibits antibacterial properties against Chlamydia.  Buhner also recommends the use of vitamin A. Retinol (a metabolite of vitamin A) inhibits the ability of Chlamydia to infect the endothelium and epithelial cells.

Salvia miltiorrhiza and Chinese skullcap (Latin Scutellaria baicalensis) are the main herbs to inhibit the cytokine cascade recommended by Buhner in his natural protocol for the treatment of Chlamydiosis.

The protection of cells and organs attacked by the bacterium is another integral part of treatment in Buhner's protocols. Bacteria have a tremendous, destructive effect on the organs. The protection of organs and cells should always be an integral part of any therapy. Salvia miltiorrhiza, Cordyceps sinensis and Bidens pilosa play a key role here as an essential part of the natural treatment of Chlamydia with herbs.

Natural treatment of Chlamydia will comprehensively affect many infection mechanisms. If you want to use herbs for Chlamydia remember to read the full protocol proposed by Buhner, as well as its contraindications.