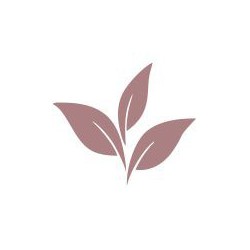 Bartonella is one of the most common co-infections of Lyme disease. Like Borrelia, it is transmitted usually by ticks. Bartonella causes a disease called Bartonellosis.

In the presence of these two infections, the symptoms are exacerbated, especially when the central nervous system is involved. Common symptoms of Bartonell...

Bartonella is one of the most common co-infections of Lyme disease. Like Borrelia, it is transmitted usually by ticks. Bartonella causes a disease called Bartonellosis.

Many herbs are very effective in combating Bartonellia (Bartonellosis). One of the most effective herbal protocol for treatment of this infection is Buhner’s protocol for Bartonella. You can read more about this protocol Stephen Harrod Buhner’s book "Healing Lyme Disease Coinfections: Complementary and Holistic Treatments for Bartonella and Mycoplasma."

Natural treatment of Bartonellosis takes into account both antibacterial activity, but also disrupts the vital functions of bacteria in the body, protects the tissues and organs it infects, inhibits the cytokine cascade and strengthens the immune system.

Herbs which exhibit strong antibacterial effect against Bartonella are: Houttuynia, Isatis and Alchornea cordifolia. Buhner recommends using these herbs as a mixture. The AHI Herbal Mix product is a ready-made mixture of these three herbs in the proportions recommended by Buhner.

Bartonella exhibits a strong affinity for two structures in the body: endothelial cells and red blood cells. Bartonella, after entering the host's organism, circulates in the host's bloodstream for about 3–4 days, and then inhabits the primary niche, which is the endothelial cells of blood vessels. Then, after a few days, the bacteria reach the erythrocytes (red blood cells), where they multiply. By attacking red blood cells, Bartonella also has access to heme, which ensures its survival. By splitting the heme into its constituent parts, it can obtain the nutrients it needs, including iron.

Protecting the endothelium and red blood cells from Bartonella invasion is one of the key elements for successful treatment. Preserving these structures is essential to disrupting its ability to nourish and multiply. Bartonella alone cannot produce the nutrients important for survival. By interfering with these factors, the spread of infection will be inhibited.

To protect the endothelium, Buhner used Japanese knotweed, EGCG and L-arginine in his protocol.

Sida acuta, on the other hand, will protect red blood cells.

In his protocol for Bartonella, Buhner also focuses on organ protection. In order to protect the heart, Buhner recommends Hawthorn, for liver protection - Milk thistle, and to protect the lymphatic system and the spleen - Red root.